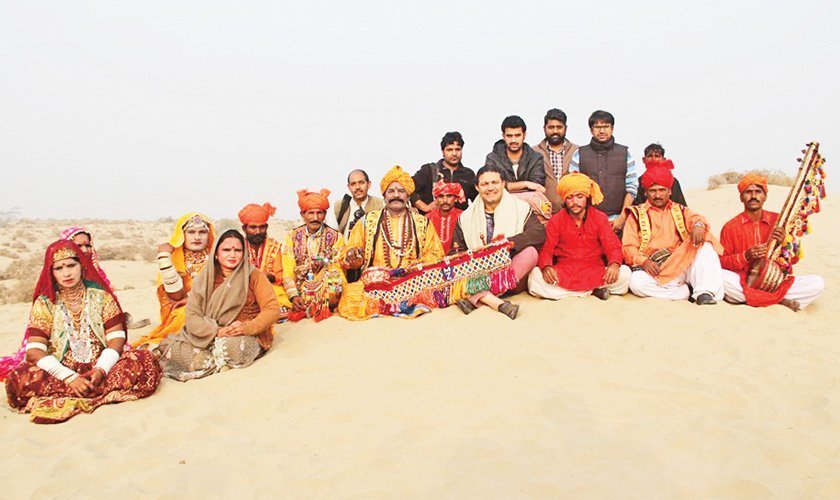 After picking up a nomination for Best Documentary Film at Regina International Film Festival (RIFF) earlier this year, Indus Blues, a documentary film by Jawad Sharif that traces the stories of forgotten folk music of Pakistan, the loss of multiculturism, traditions that exist but could be on the verge of extinction and much more, has finally launched its official trailer.

As the trailer tells us, Indus Blues looks at the story of “9 instruments, 11 musicians struggling for survival in a nation losing its soul.”

Among the musicians and craftsmen who are featured include Saif Samejo, Krishan Laal Bheel, Mai Dhai, Faqeer Juman Shah, Shafqat Karim, Arieb Azhar, Zohaib Hassan, Muhammad Jan, Ejaz Sarhadi, Ustad Mumtaz Ali Sabzal and many others who “talk about their struggle to keep a fading art form alive while reminding the world what they are about to lose.”

Indus Blues is an exploration of various cultural traditions, on the verge of losing their identity, and is set against Pakistan’s deeply polarized reality, political upheaval and religious intolerance. To make the film, Jawad Sharif travelled across Pakistan, including Lahore, Balochistan, Hunza, Thar, Khyber Pakhtunkhwa and other spaces where these traditions have existed.

As for the trailer, it is both beautifully shot and hits you in the gut if you listen closely to the treatment of folk, dance and culture that has led to such a situation.

Scheduled to release in Pakistan after its international festival run, the documentary looks very promising, engaging and ultimately heartbreaking. And, as the director noted in an earlier post on Facebook, “we’ll start arranging local screenings in cities around Pakistan.”