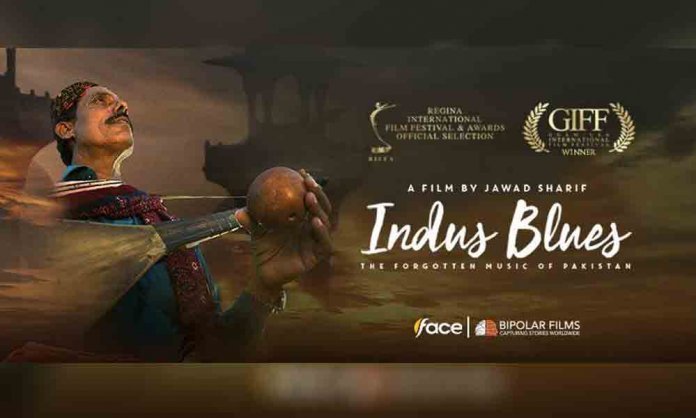 Pakistani documentary ‘Indus Blues’ is leaving no stones unturned at winning hearts and is setting new records around the globe.

Helmed by filmmaker Jawad Sharif, the movie is achieving new milestones in the international forums and is impressing the digital audiences as well.

Co-produced by Bipolar Films, Indus Blues has bagged two awards and that too at the 11th Jaipur International Film Festival.

The movie has won the Best Documentary Feature and Best Cinematography awards under the category of the Feature Documentary.

While talking about the achievement, the director of the movie said:

While talking exclusively to Very Filmi, the producer of the documentary Jawad Sharif said:

PERSONALLY, I WAS NOT EXPECTING THAT THE MOVIE WILL WIN THE AWARD AS THE COMPETITION WAS VERY TOUGH. AS MANY AS 89 COUNTRIES SUBMITTED THEIR WORK AND IT SEEMED IMPOSSIBLE TO WIN. BUT WE RECEIVED A REALLY GOOD RESPONSE FROM THE AUDIENCE AND IT IS REALLY ENCOURAGING FOR ME AND MY TEAM.

He further added that the team is now planning to premiere the documentary on the big screen and promote it.

WE ARE PLANNING TO RELEASE THE DOCUMENTARY AND PREMIERE IT IN PAKISTAN.

Jaipur International Film Festival, that took place from January 18 to 22 this month, received more than 1,800 submissions from 89 countries around the world.

The movie wooed the audience on that side of the border as well because of its exceptional cinematography and remarkable visuals. The movie raises the awareness about the disappearing folk musical instruments in Pakistan and highlights the dilemma of classical musicians and craftsmen.