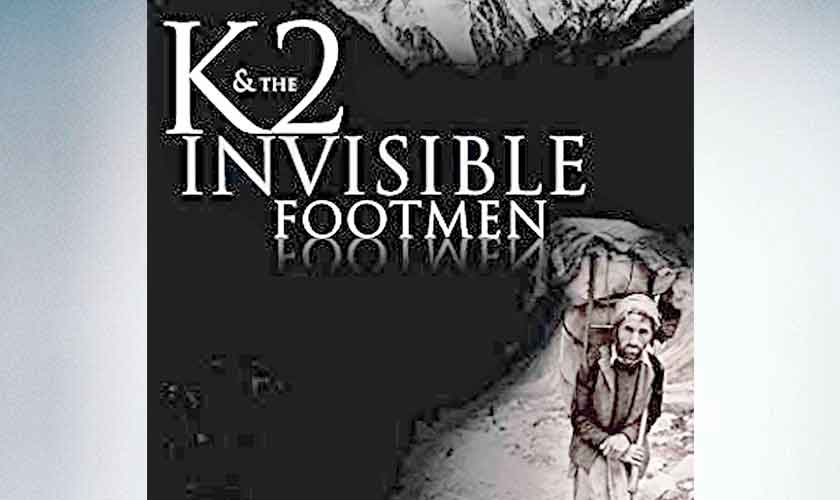 Last month we reported that award-winning filmmaker Jawad Sharif’s 2015 documentary, titled K2 and the Invisible Footmen, is available on the streaming site, Amazon Prime Video and that it is listed as one of the 14 best adventure films to watch on the website.

The 54-minute long documentary is once again in the news. Produced by Caipirinha Productions in association with Bipolar Films, K2 and the Invisible Footmen is all set to be screened at Cinéma L’Arverne in Murat, France on Tuesday June 4, 2019 at 8:30 p.m.

Jawad Sharif took to social media to announce the news. “One more screening… Yup, K2 is flying high in France since February 2019,” he posted on his official Facebook page.

“Catch K2 and the Invisible Footmen in Murat, France in the presence of Antoine Cayrol, mountaineer and mountain guide,” added the filmmaker.

K2 and the Invisible Footmen is about the lives of porters that assist mountain expeditions and carry their luggage along the route. It documents the unsung efforts of indigenous porters who have long facilitated the ascent to K2, the second-highest mountain in the world.