Jawad Sharif on Indus Blues post its premiere at KLF 2019

Jawad Sharif on Indus Blues post its premiere at KLF 2019 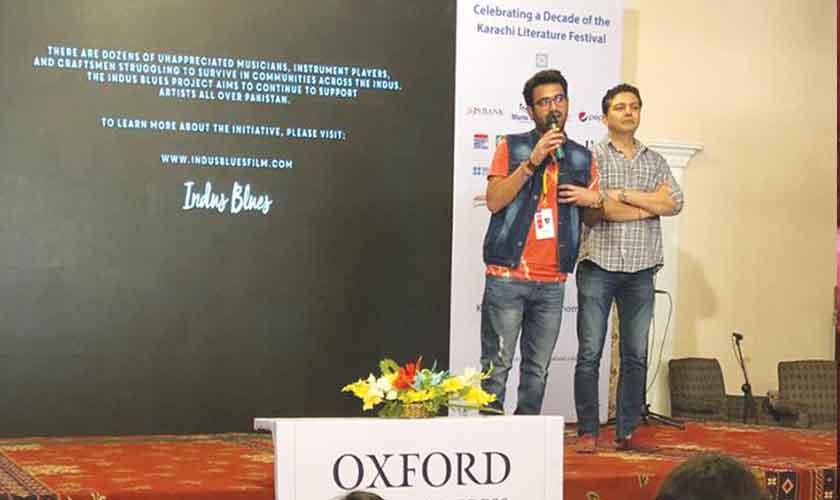 Jawad Sharif’s feature Indus Blues, which chronicles the lives of Pakistani folk musicians and their struggle, recently had its premiere in Pakistan. The film was screened at the recently concluded 10th edition of Karachi Literature Festival, followed by a speech by Jawad, who is the director as well as producer of the indie film.

Speaking to attendees post the screening, Jawad shared, “Indus Blues is a labour of love; it took us about four years to complete the shoot. We have lived this film. We have developed a personal relationship with all the musicians who are featured in the film. We wanted to bring them to the fore.”

“I hope the film is able to create a space for itself in Pakistan,” he added. “I hope the message of humanity, love, cultural diversity, acceptance and interfaith harmony that we have tried to give out through Indus Blues spreads as far as it can, particularly to musicians and people who can save these artists and a fading art form.”