Jawad Sharif and Asma Nabeel collaborate for a film project

Jawad Sharif and Asma Nabeel collaborate for a film project 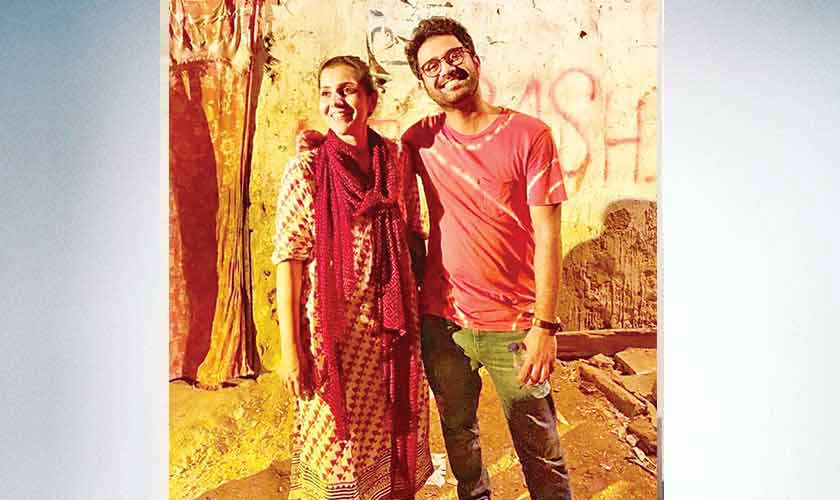 Director of documentary feature Indus Blues, Jawad Sharif has been in the news for some time and for all the right reasons. Indus Blues managed to bag multiple awards and screenings at various national and international platforms and continues to make waves. The story of playwright Asma Nabeel, on the other hand, is no different. She shot to fame with her second script Khaani last year for which she has been nominated ‘Best Writer’ at the Lux Style Awards 2019 while she keeps inspiring viewers with her socially relevant TV plays.

According to their recent social media posts, Jawad and Asma have come together for a film that is written by Asma while it will be co-directed by both of them.

“It is my honour to collaborate with Asma Nabeel for this film project as a director; together we are directing this bold script written by her,” Jawad shared on his social media. “It is not easy to trust someone with a story that challenges society to its core. Asma, I just want to say that I felt immensely trusted and supported. It is always a pleasure to have someone like you on board that gives ample creative freedom and respect. Here is to new beginnings and hoping that we achieve what we embarked for.”

Asma, who recently wrapped up shooting for Damsaa that deals with the subject of child trafficking and is also gearing up for Surkh Chandni that follows the life of an acid attack survivor to go on-air, also took to social media to share the news.

“From advertising creative to writer to producer and now director, thankful to Allah for my great work journey so far,” she shared. “Did numerous shoots but this was surely the most important one. My first shoot as a director. And I am so thankful to the Almighty and all the friends who supported me for making this dream project happen.”

“A film that I wrote a year back, finally we started the shoot process. Jawad Sharif and I will be directing it,” she informed, adding that she hopes and wishes that this new director duo in town will create something different.”

Asma also went on to thank the cast and crew involved in the project. The shoot has commenced already but there is a lot to be revealed about the upcoming project. We got in touch with co-director Jawad for more information but he refrained from disclosing much at the moment. Watch this space for some exclusive details in the coming days.