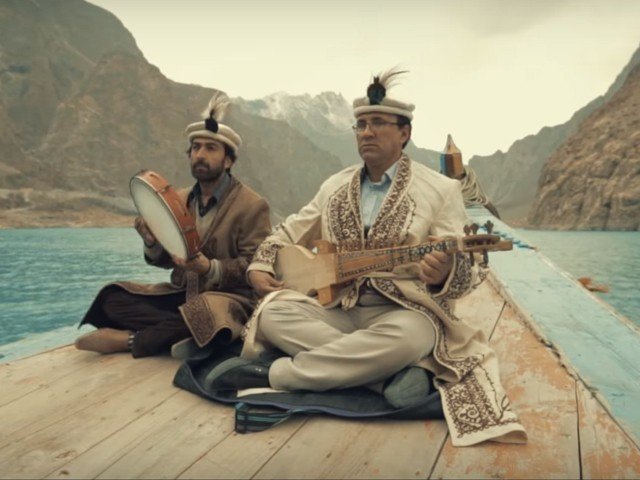 The recently released trailer of Indus Blues comes as a breath of fresh air for music lovers who like to explore the different forms of the art and where it originates from. But it also manages to strike a chord as the art form seems to be dying in many parts of the country.

Nominated for the Best Documentary category at Regina International Film Festival and Guamm International Film Festival, Indus Blues aims to inform viewers of the different forms of music that exist all across Pakistan. It also delves into the life of these musicians, especially those involved in folklore, the history behind their music and how they are sometimes forced to give up their talent and culture only because the country stands divided on politics and religion.

From snake charmers to Sarinda players, the documentary explores nine instruments and features 11 musicians. Filled with breathtaking visuals and on-point background score, the teaser of Indus Blues justifies its nomination at film festivals.

Earlier, musician Arieb Azhar had shared on Facebook how Indus Blues came about. He said, “Around three years ago, my talented friend Jawad approached me with a desire to make a film on the dying instruments of Pakistan.”

He added that with the help of Yasser Nomann, who worked at Lok Virsa, he put together a proposal which we mapped all the endangered instruments from the various regions of Pakistan. They also included the remaining craftsmen who still make them and the master musicians who, to this date, play the instrument.

Like many other documentaries in the world, even Indus Blues faced a lot of hurdles. Azhar continued, “After it was made, we faced another battle to release an uncensored version as some people involved in the approval process thought the film was too critical of the narrow religious mindset.”

He explained that such mentality has become a threat to the living culture of Pakistan even though Indus Blues – like any good documentary – honestly only attempts to portray the views of its “subjects in a logical and aesthetic narrative”.

While no release date has been announced yet, Azhar stated that the team will look into holding screenings across the country soon.