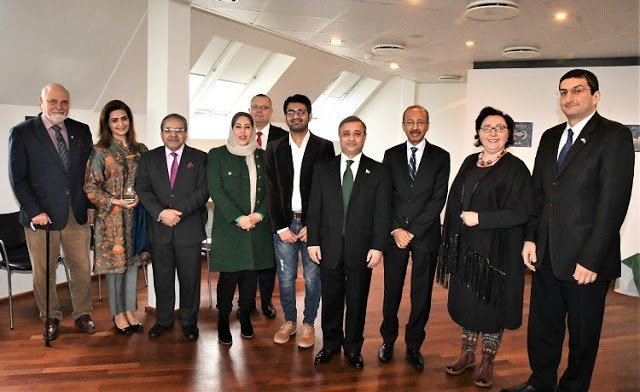 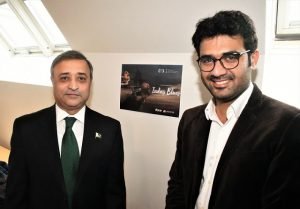 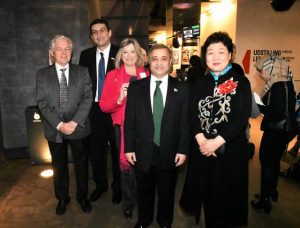 H.E. Syed Zulfiqar Gardezi, Ambassador of Pakistan invited to the screening of the documentary “Indus Blues” being screened at the CPH: DOX Festival on Wednesday, 20 th March 2019 at the Cinemateket, at Bio Carl. The Film Director Jawad Sharif was also present and explained the concept of his documentary.

Synopsis: Indus Blues showcases the unique performances of rarely seen musical
instruments from perhaps their last remaining maestros but also takes the audience
on a journey throughout the landscape of Pakistan from the northern Karakoram
mountains to the southern coastline.  The film has already received international
recognition with two nominations at Regina International Film Festival and Guam
International Film Festival respectively and winning the Grand Jury Prize for Best
Documentary Feature Crystal Award in the latter.
(https://www.guamfilmfestival.org/giff-2018-crystal-award-recipients/)

Biodata of Director Jawad Sharif: Jawad Sharif is an award-winning filmmaker
based in Pakistan, known for his signature visual storytelling style. He is among
the rare filmmakers who are proficient in weaving compelling visuals and
narratives in both fiction and non-fiction films. He has also won several awards as
the cinematographer and editor of “ the Invisible Footmen,” which has
screened in film festivals around the world.
He has worked on a number of socially and culturally sensitive film projects
involving the themes of human rights and social injustice besides arts and culture.
He has also directed telefilms, TV series, and several TV commercials. Jawad
founded his production company Bipolar Films in 2010, as a vehicle for social
change. He was awarded a scholarship to an International Film Exchange Program
at the UCLA School of Theater, Film, and Television. He is an alumnus of the
Swedish Institute and Institut Fur Auslandsbeziehunge, Germany.