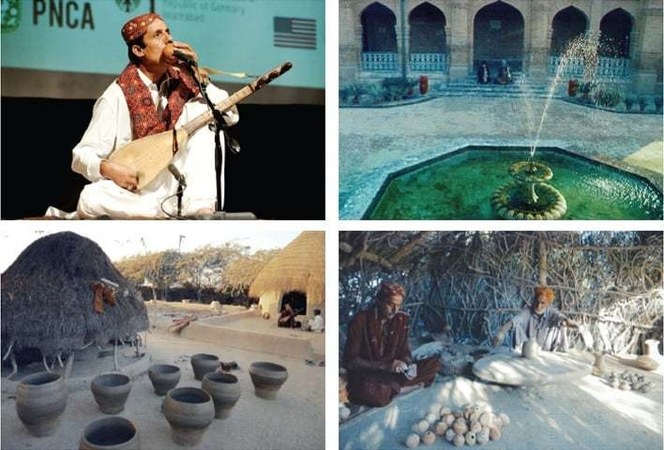 Directed by Jawad Sharif, the documentary captures indigenous folk artists talk about their struggles to keep fading art forms alive while reminding the world what they are about to lose.

Running over 70 minutes, filmmaker Jawad Sharif showcases the unique performances of these rarely seen and heard musical instruments such as Raanti, Balochi Banjo, Sarina, Suroz and Murli Been, from perhaps their last remaining maestros and also takes the audience on a journey throughout the landscapes of Pakistan from the northern Karakuram mountains to the southern coastline.

The documentary opens with a beautiful traditional folk composition that is half a minute later interrupted by individuals who believe that the performance will spoil the environment.“When love and peace die, so does music,” said one artist in the documentary, while another remarks that the day was not far when these instruments and their maestros would only be seen in pictures.

Nonetheless, the documentary moves on, following artists such as Boreendo player Zulfiqar Faqeer.

Zulfiqar Faqeer traced the history of the pottery looking mud, baseball sized round instrument back to Mohenjodaro.

The Boreendo player and the dying instrument was one of the main inspiration behind the documentary Indus Blues.

The film showcases snake charmer Sattar Jogi, the Murli Been player, who explains that the music instrument could hardly ever be found.

“Snake charmers are the only ones who play the Murli Been,” he said while accompanying Mai Dhai in a performance.

A spectacular Boreendo performance by Zulfiqar Faqeer preceded the documentary, which provided an engaging 15 minutes with his technique and flawless intonation on the haunting sounds of Bareendo.

Executive Director of the documentary Zeejah Fazli told his audience that the effort was a step in the direction to preserve and promote these treasures and called upon everyone to assist in helping folk artists pass on heritage to the next generation.

In his views on the universal language of music, Charge d’ Affaires German Mission in Pakistan Dr Jens Jokisch said the documentary analyses pivotal role of musicians and instrument makers who cannot pass on their knowledge and artistic capabilities to the next generation.

“The German embassy is glad to support the entire film team in saving the cultural heritage from becoming extinct,” said Dr Jens Jokisch.

The documentary’s director, Jawad Sharif, told his audience that the documentary was the outcome of a passion for traditional music instruments.

“This project was like a journey that my team and I continue to live. We will soon have a sequel to this documentary,” said Jawad Sharif.