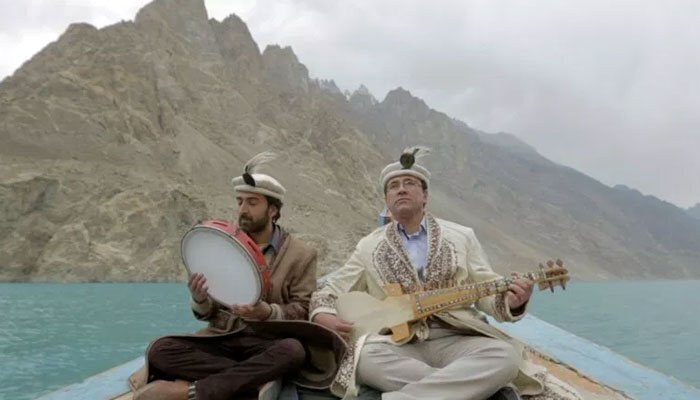 Pakistan is one of those countries that has seen only a handful of hit commercial films over the last few years. This has been even after the revival of the Pakistani cinema where people are slowly and gradually inclining towards Pakistani movies. But the transition has been slow over time and only a handful of commercial movies have been liked by the people. While there has been a shortage of hit films in Pakistan, one aspect that the country’s entertainment industry is progressing is due to the dramas and the documentary films that are being produced in the country. A lot of documentaries are making their mark in the industry and one such documentary that has taken everyone by storm is the Indus Blues by Jawad Sharif.

Jawad Sharif’s documentary has already been a hit and now it has gone a step further where it will be premiered in Germany at the prestigious DokuArts – Internationales Festival Fur Filme zur Kunst. This was announced by Jawad Sharif himself in a social media post where he said that the film will officially feature at the awards in Berlin next month. The documentary film will premiere at the Zeughauskino Berlin at 9 pm on the 11th of October. This is not the only place where the documentary is being premiered. Indus Blues is all set to be premiered in Italy on the 27th of September at the Festival del Film Etnomusicale 2019.

The Indus Blues is a documentary movie that is based on the dangers that traditional music is facing in Pakistan. The documentary talks about how a country like Pakistan is not only dealing with problems related to its economy or politics, but it is also dealing with problems of its own identity as the traditional music has been forced out from the urban areas of the country. Folk music, which is one of the most popular forms of music, is slowly dying and the folk artists are finding it difficult to keep this music alive in today’s world. The documentary also highlights the effort that is being made by the folk artist to save the music.

Previous
Thank You Islamabad !!!
Next
Spazio Uno: the sounds of Pakistan, Tunisia and Argentina