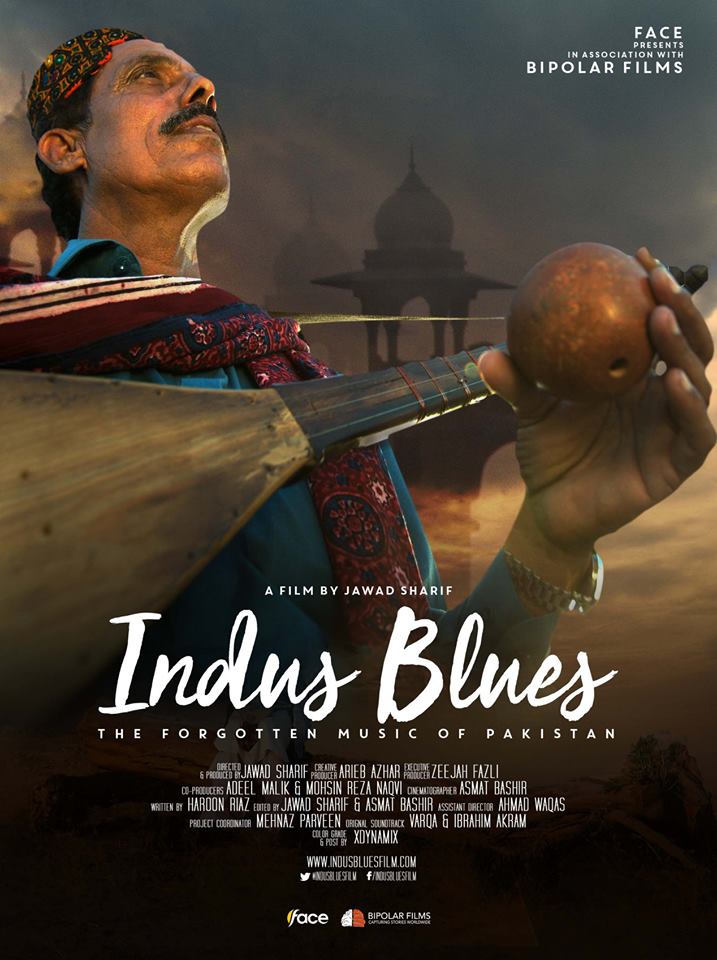 Review:
Indus blues is a movie about the exploration of music traditions, the disappearance of the folk musical treasures and the fading art of music. Film Maker Jawad Sharif got triggered to make this movie after seeing a video clip where people in a remote southern town of Pakistan were burning musical instruments. He felt he had to talk about the dying heritage of music and declining craftsmanship of musical instruments in Pakistan before it disappeared.
In this documentary he travels across the large landscape of Pakistan from Northern Mountains to southern coastline, talking to artists, musicians and  craftsmen of musical instruments.  He captures the raw feeling of the Pakistani folk artists talking  about their struggle to keep a fading art form alive while reminding the world what they are about to lose at the hands of the fundamentalist Taliban and their own lack of governmental support.
Spreading the word to keep the musical culture alive, Filmmaker Jawad Sharif showcases the dying instruments like the Boreenda, Alghoza, Murli Meen, and  Raanti a unique Instrument which is strung together by horse hair. He walks you in to the life’s of a dying Saroz artist and the dying instrument; narrates how the last Sarinda  player of Pakistan has a son who has moved on to playing western musical instruments like saxophone; The Sarangi player who narrates the art is dying since it takes 12 years to master playing this instrument and people are not inclined to learn this art when it’s not appreciated and lucrative. The film maker also focuses on folk artists and singers like talented Mai Dhai of Sindh who has even visited Austin for SXSW.   The highlight of the movie was the melodious music played on these unique musical instruments.
The narratives of the musicians are sad with a lot of  questions- “why  artists are a free soul in the rest of the world, but curbed by social norms of society in Pakistan?”   “Why are the extremists  burning our  musical instruments  which are made from gods beautiful nature though  music like god is invisible but has a presence?”. The director’s story telling style of direction made this documentary a beautiful and heart-rending watch. I recommend it to anyone who cares about music.( Rating: ****/5)
In the Q&A on skype Jawad Sharif narrated the many trials and tribulations  he had to go through to make this film even his own family discouraging the process. The film maker encouraged the audience to connect with the artists and craftsman to buy their instruments or to support the artists in other ways through the website.