“I feel awareness has been created,” Jawad Sharif on Indus Blues

“I feel awareness has been created,” Jawad Sharif on Indus Blues 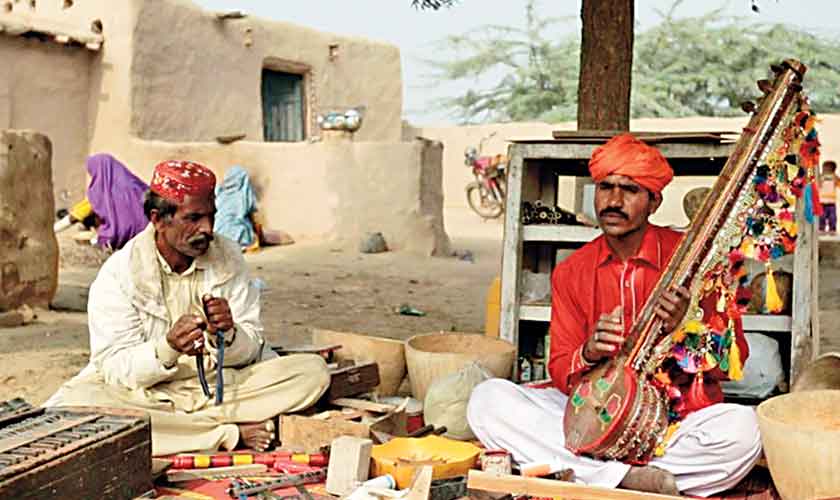 Jawad Sharif’s documentary feature Indus Blues that highlights the struggle of folk musicians trying to keep traditional art and instruments alive is scheduled to screen at the 4th Indie Meme Film Festival in Austin this weekend. The 76-minute-long documentary will be showcased at the AFS Cinema on Saturday, April 27, at 10 am.

In a recent interview with Austin South Asian, Jawad Sharif shared how Indus Blues managed to create awareness on the subject in question.

“I feel that awareness has been created; many didn’t even know about these instruments [talked about in Indus Blues],” he replied when asked what happened as a result of Indus Blues. “Collaborations have started. A group of students are doing research on these musicians and how to create a livelihood for them. Within weeks, multiple Pakistani TV channels covered Indus Blues; even Fawad Hussain Choudhry, Pakistan’s Information Minister (now federal minister of science and technology in Pakistan) tweeted about the film. Pakistani Embassy in Copenhagen also hosted an opening reception for the film.”

Indus Blues has had multiple national as well as international screenings, followed by accolades. In Pakistan, the film was premiered at the Karachi Literature Festival earlier this year while it was also screened at the recently concluded ZAB Media Festival 2019 at SZABIST with the director in attendance.

Previous
French Subtitles in the works for Indus Blues!!!
Next
“K2 and The Invisible Footmen” in Villard,France