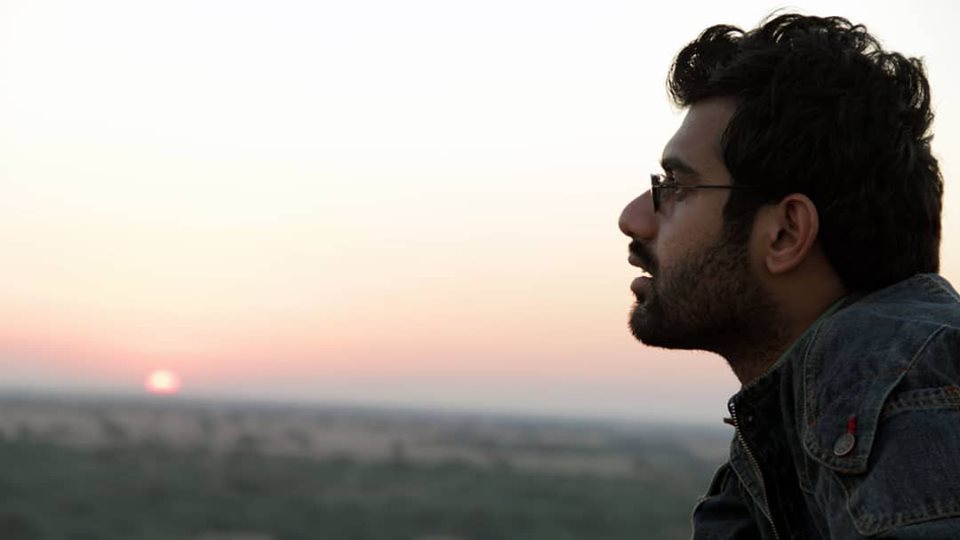 Jawad Sharif is an award-winning filmmaker who has directed a number of documentaries, commercials and telefilms. What sets Jawad’s work apart from that of other filmmakers is that he used his creative lens to shed light on subjects and tell stories that others in the filmmaking industry will take no interest in telling. Rather than opting for a commercially-rewarding career path of making masala movies or dramas, Jawad chose to make films that revolve around themes of human rights, social issues, nature, art, and culture. A man of humble beginnings, Jawad’s success lays solely within his own hard work, and not on any external assistance. Jawad discusses his work, experience in the field, and the challenges faced by independent filmmakers.

Q1. What inspired you to become a filmmaker and what kind of a filmmaker would you call yourself?

Since childhood, I was deeply affected by my surroundings and environment. I used to absorb all the hostility in my environment and felt an urge to express my emotions in a positive way. Fortunately, I stumbled upon the art of telling stories with visuals. This proved to be an outlet for all these powerful and destructive emotions that I held.

As a filmmaker, I do not believe in limiting myself to fiction or non-fiction. I feel comfortable in handling both.

Practically, most of the work that I have done includes feature and portrait documentaries, commercials, telefilms and plays; involving the themes of human rights and social injustice besides arts and culture.

Q2. Your work ranges from a story of K-2 mountaineers to a documentary about dying musical instruments. Tell us about them.

Nature inspires me and gives freedom to my imagination. I have done many projects involving a natural canvas, but the one closest to my heart is K2 & The Invisible Footmen.

Various aspects of making this documentary from trekking to living with porters at the camp and filming all the way to the advanced base camp made my journey a fulfilling one. In a way, it was also spiritual.

The project challenged my personal and professional limitations and helped to establish myself as the first and only adventure filmmaker in Pakistan.

The film was screened in many countries and won awards at many international film festivals. It promoted a peaceful image of Pakistan by highlighting tourism and advocated rights of impoverished porter community up north.

Currently, I am working on the post-production of my feature project Indus Blues. Indus Blues is the story of the musical instruments on the verge of disappearance in Pakistan. I was fascinated by these rare instruments.

The instruments are so rare that not more than one or two people know how to make and play them. Our apathy towards preserving such culture is dismal. I have travelled to most parts of the world and it saddens me that these artists with such exceptional talent could have gained exposure and recognition, had they been supported.

The film’s narrative caters to that and pushes the boundaries of taboos around religion, politics, arts, and free speech by offering the unadulterated perspective of the selfless but surviving Pakistani folk artists. A journey spanning the 2,000-mile length of the Indus, it showcases the rich musical traditions across the diverse and colourful cultures of Pakistan.

We are planning to release the documentary soon.

Q3. What are the hurdles you face along the way and what keeps you motivated?

Like any person from a humble background, with no connections in the industry, I had to struggle in all aspects. I had to overcome a lot in my environment and most importantly, in my own self.

There are certain challenges one has to face as an independent filmmaker. It is hard to break a monopoly and there is practically no market for independent filmmakers in Pakistan. Your worth as a filmmaker is measured by who you know in the industry. Financially, it is also difficult to fund your own films and you have to look at others for support. Majority of the time if you receive funding or add any external investor than you have to compromise on your creative freedom.

Q4. What are the main issues that a Pakistani artist faces?

Creative freedom vs. Censorship is the biggest issue in my opinion. I can’t think of a better time to raise this issue and ensure practical change since our film industry and the media has evolved, with digital media as the next big thing. I feel we’d really regret this in future if the big guns of industry do not step up against those censorship policies that do not support freedom of expression.

We have started censoring ourselves. We are afraid of thinking out of the box and challenging norms. The investors have a difficult time putting their faith in anything other than melodramatic stories and formula films.

The acceptable path for a filmmaker is a very predictable one. It is sadly not a reflection of what is happening in our society.

We need to have frequent dialogues on different forums about this and we need to value the freedom to create and express before it is too late.

Q5. What emotions do you feel your films bring forth in viewers? What do you want your audience to feel after watching your work?

My films are a reflection of my own emotions. I try to stay honest with myself and only work on subjects which move me emotionally. I am deeply moved by unfairness, injustice and despair. For instance, one of my plays reflects the tragedy of a common person who lost a loved one to an act of terrorism.

If I am moved by that, I believe that my audience would too. K2 & The Invisible Footmen examines the challenges of life as a porter and I want my audience to feel curious about that simply because I don’t want them to be apathetic about the world they live in. I feel that people have a lot of potential to be empathetic and if a story is told in a right way, they will care about it.

Previous
“K2 and The Invisible Footmen” Screening in Sainte-Foy-lès-Lyon, France
Next
Jawad Sharif on scope of independent projects in Pakistan