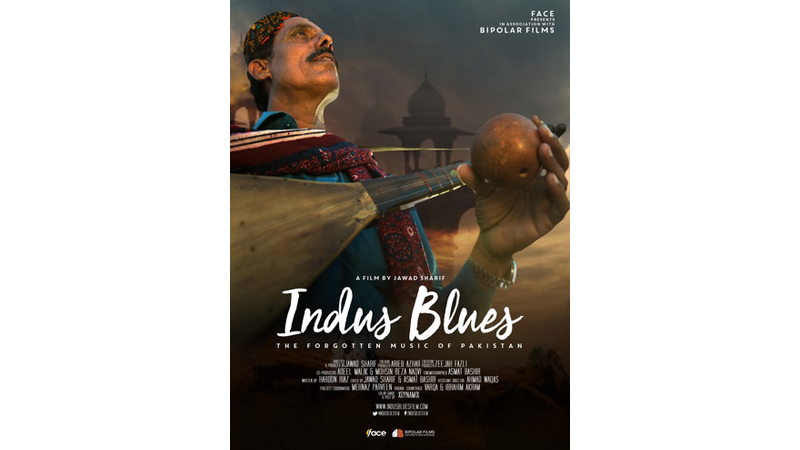 The Pakistan premiere of the award-winning feature documentary ‘Indus Blues’ was held on Friday at Pakistan National Council of the Arts. This was presented by Foundation of Arts, Culture & Education (FACE) in association with Bipolar Films. The film is being screened for the first time in Islamabad.

Speaking on the occasion, he said that there was a need to introduce a national music policy and he would work on it.

Faisal Javed said that next film of Jawad Sharif would be more amazing and thrilling which would be produced in Naya Pakistan.

“We all need to work together and will do the best”, he said.

Charge d’ Affairs German Mission in Pakistan Dr Jens Jokisch said that it was a great honour to support this film as it was very informative for people.

He said that most of the music instruments were endangered, adding the film would play a very important role in preservation and protection of music.

Executive Producer Zeejah Fazli said that today our indigenous musicians are facing extinction due to reasons such as westernization, societal repression and poverty.

“Indus Blues is the first step that FACE has taken towards creating awareness on this important issue and alleviating the poverty of our indigenous musicians that will help us achieve our ultimate goal of preserving and promoting this valuable treasure of our cultural heritage”, he said.

Filmmaker Jawad Sharif not only showcased the unique performances of rarely seen musical instruments perhaps their last remaining maestros but also takes the audience on a journey throughout the landscape of Pakistan from the northern Karakoram Mountains to the southern coastline.

Jawad Sharif said that this project was very close to my heart, Indus Blues tells the story of some of the most precious folk music treasures from the cultures of Indus which were on the verge of disappearance. The musicians associated with these musical instruments were ironically the most prominent figures in their art form but they are barely surviving in a society largely indifferent to what they have to offer.

Other than the PNCA, the partners of the premiere include the German Embassy in Islamabad and USAID Pakistan. The event also featured a performance by cast member and Boreendo performer Faqeer Zulfikar, who is the last living maestro of the ancient musical instrument.

‘Indus Blues’ explores the subject of the disappearing folk instruments in Pakistan as well as the struggle of indigenous musicians and craftsmen in the contemporary world. The film is unique for focusing on the craftsmen of musical instruments and giving them a platform to tell their stories.